My name is Chris Nolan. A month after my second daughter was born in late 2012 I was diagnosed with stage 4 bowel cancer that had spread to my liver, and was given six months to live. After a year and a half of treatment, hope and negativity, I had a consultation with Professor Stebbing. I immediately felt in the hands of expert, and he was clear as to the next steps to take: a different course of chemotherapy and surgery. Subsequent scans have been clear.

Being alive two years after I was told I would be dead, and being able to be properly physically active again I felt a need to do something life affirming, challenging and adventurous.

I've always enjoyed travel and had been a keen cyclist before I was diagnosed. So I decided that I wanted to do a long distance cycle ride in Eastern Europe. This also seemed like a great opportunity to raise money for charity raising money for Professor Stebbing and his team to continue their ground breaking research helping other people in a similar position to me, so I set a target to raise £2000.

With only two months to train I worked hard on regaining strength and endurance. Would I have the energy to do long distance endurance cycling? Would my hands and feet, which are affected by the chemo I am taking, hold up? Was my body strong enough after all the surgery? In the middle of June 2015 I flew to Riga, Latvia, assembled my bike at the airport and started cycling south.

The sky was blue, the sun was warm, and the wind gentle - the auspices were good. Two weeks later I had cycled 1,000 miles, climbed 33,000 feet, crossed Latvia, Lithuania, Poland, and Slovakia to arrive in Hungary. I saw lovely countryside and experienced the hospitality of many wonderful people. My very generous friends and colleagues had sponsored me for Â£5800 (and more is still coming in) far exceeding my initial target. I was met at the airport by my wife and daughters for a wonderful reunion.

I don't know how long I have but I know that with Professor Stebbing I am in the very best hands possible. In the mean time I enjoy life, work hard, and treasure every minute with my family. 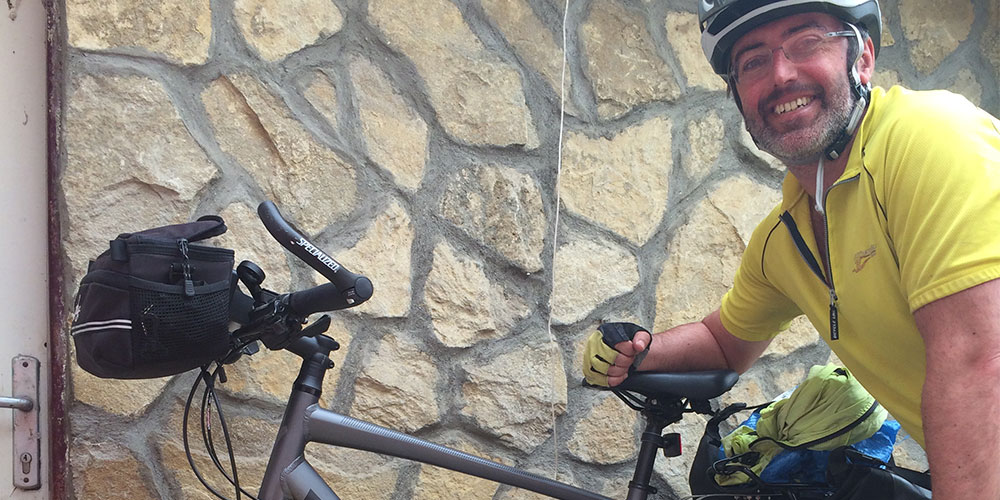 View our continually growing library of news and event stories. Please do send us your story if you haven't done so yet! Read more
s